Moving is bound to bring changes. When the moving involves switching countries, this can be extremely overwhelming at times, bringing about what are normally referred to as ‘culture shocks’. As a young Italian expat who moved to the UK at the ripe age of 19, I myself had a few shocks upon first stepping foot on British soil, completely unprepared for the new reality awaiting me and naively thinking it wouldn’t be too different. In retrospect, witnessing such a different mentality helped me grow in ways I never imagined, from getting to know myself better to becoming more understanding of other cultures. Still, some things I’ll probably never wrap my head around unfortunately (shops closing at 5, no alcohol after 10, no outside drinking… really?).

As my stay in Scotland comes to an end, I thought it would be fun to list the 5 top culture shocks I experienced when moving to the UK! Despite my Italian roots playing a key role in the list, I still believe a lot of foreigners can relate too. Are you ready?

This may not come as a surprise to most of you. British people are infamously reknown for being particularly attached to their bottle but, despite this, I was still incredibly shocked by the culture when I first moved to the UK. Coming from Italy, I have always been used to what I guess you would call ‘social drinking’. Back home, this means enjoying a drink or two with friends, and usually involves lots of chatting and hardly any intense hangover the next day. Although Italians do get drunk just like the rest of the world population, getting completely smashed has never been the focus of a night-out and, on the contrary, being drunk isn’t seen as something you should openly admit.

Moving to the UK, I felt like my world had suddenly been flipped upside down, landing me in a reality where all the Italian social taboos were accepted, even encouraged. Chain smoking was substituted by chain drinking, in a race of who could be the drunkest, who could down a pint the fastest, who managed to black out and completely wipe out the night from their memories the easiest. It may then not come as a surprise that my first night out in the UK ended up with me throwing up in front of the club bouncer, getting lost, spewing some more on my bedroom floor and only remembering all of this months later, after piecing all bits of memory together. 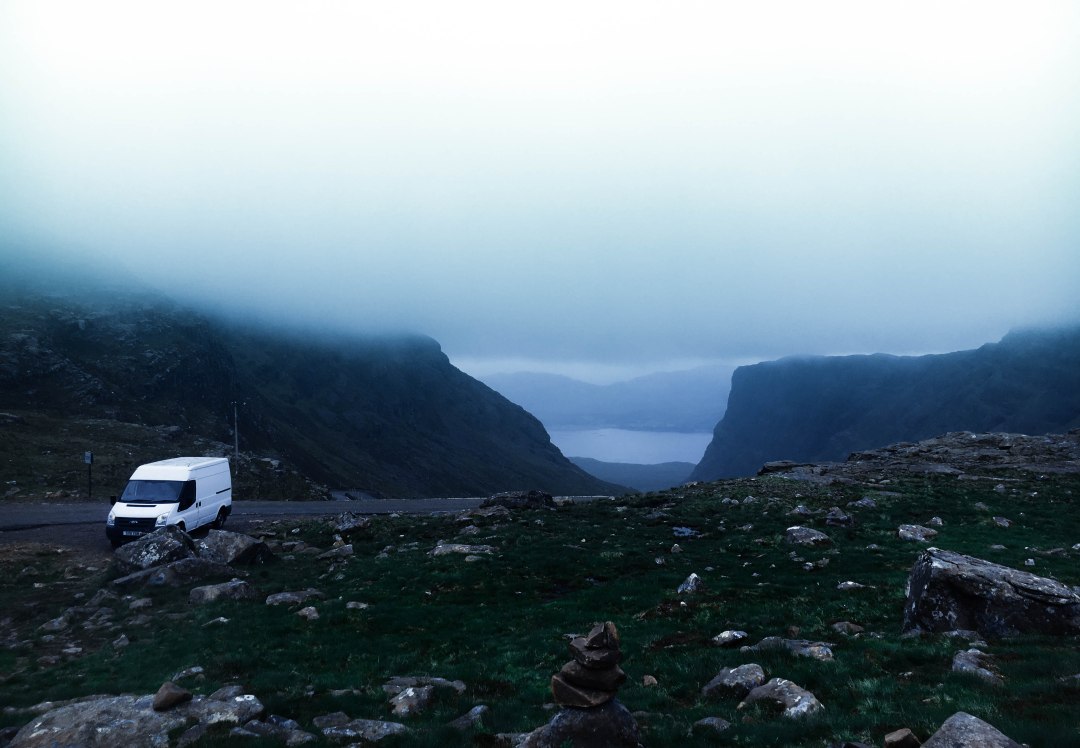 Once again, this probably doesn’t come as a surprise. The UK is often associated with rain, and with good reason, as it rains all the bloody time. Yet, UK rain is very different from what I had experienced back home and I was once again unprepared for it. Despite being a lover of the sun, I always enjoyed the rainy days too, sipping a cup of hot tea whilst gazing outside the window and listening to the sound of raindrops hitting the glass. Doesn’t that sound lovely? Especially when you have a book at hand and a free afternoon to spend. I used to rejoice in these days and constantly tell my friends how much I loved the rain, unbeknownst to me that the same weather condition could be extremely tragic too.

In fact, BRITISH rain is something else. Because it isn’t even rain. It’s like you’re constantly trapped in one of those giant mushrooms in waterparks that people usually like running through (see photo). It doesn’t matter whether you have an umbrella or not – the rain doesn’t care. The rain goes with the wind, it flies left to right, up and down in the air, leaving no safe options to hide from it. The tedious drizzle isn’t always there – it comes and goes, like my mother used to do when I lived at home and she repeatedly asked me to tidy up my room. She walked in, recited her speech, walked out. You thought it was over but alas, five minutes later, un-announced, she appeared again, repeating the same thing. And again, and again, and again, until you got up out of exasperation. Now, compare to the rain to my mother, yet the room CANNOT BE TIDIED UP. So she never stops coming. And you never know when she’ll be back. But she will be. My mother will haunt your days and nights, just like the rain.

You will notice here that to narrate the history of my culture shock, comparing it to my home country is a recurring pattern. As a born and bred Italian, food is very important to me and it’s safe to say that our food culture pretty much pervades every part of our beings as functioning adults. We talk about food, we fight about food, we travel by trying out food. We love food. And it isn’t any kind of food – it is good, filling yet somehow healthy meals that keep us going, rising from the Mediterranean land and gracing us with one of the most envied diets in the world.

Because of this, moving to the UK completely unsettled me. Although the city I moved to did not lack culinary spots to taste new foods, the true British diet is not as rich. Stumbling upon the land of the deep fried mars bar, I was thrown into a country whose main habit is to get drunk, satisfy hungry needs with chips and gravy, and wake up the next morning craving beans on toast and the occasional Domino’s pizza (which – trust me – is the worst pizza you can get). To my Italian soul, no proper respect was given to the art of food and no place could ever match what I was used to. Although I do love trying foreign foods – especially when travelling – and often find that some of my favourite dishes don’t actually come from my country, the complete lack of importance given to cuisine appalled me completely. When one of my British friends told me that there was no difference between Italian pasta and 50p pasta from Asda, I knew I was on another planet.

The UK is mostly cold. Although I do admit that this year’s summer has been surprisingly lenient to us, no one can deny the fact that the country’s frigid temperatures are a pretty stable feature of the island, especially in winter time and coupled with the rain problem mentioned above. When you match that to the alcoholism also mentioned above, you get a pretty interesting result.

Although I admit this might be mostly related to Scotland, as it is the place I live in, people simply do not care about the season – they are pretty much past that stage. In a country where drunk people stumble across the streets in sleeveless tops and short dresses when the thermometer is set on the minus, I was very much shocked (and fucking impressed) by people’s defiance of the cold when focused on just having a good time. Yet, I soon realised that this didn’t just relate to late-night scenarios, but also to everyday life. I remember being completely mesmerised by people walking side by side in the city, one wearing a wool jumper and one wearing sandals, unaware of the other and dead serious in their attire. It was as if I had once again landed in a magic world where the laws of physics didn’t exist – where whole seasons didn’t exist. Because British people are used to the same old weather and, it seems to be, they simply don’t care anymore. They will walk out the door dressed however the hell they want and no one will say a damn thing about them because in the UK, weather is just a matter of perspective. 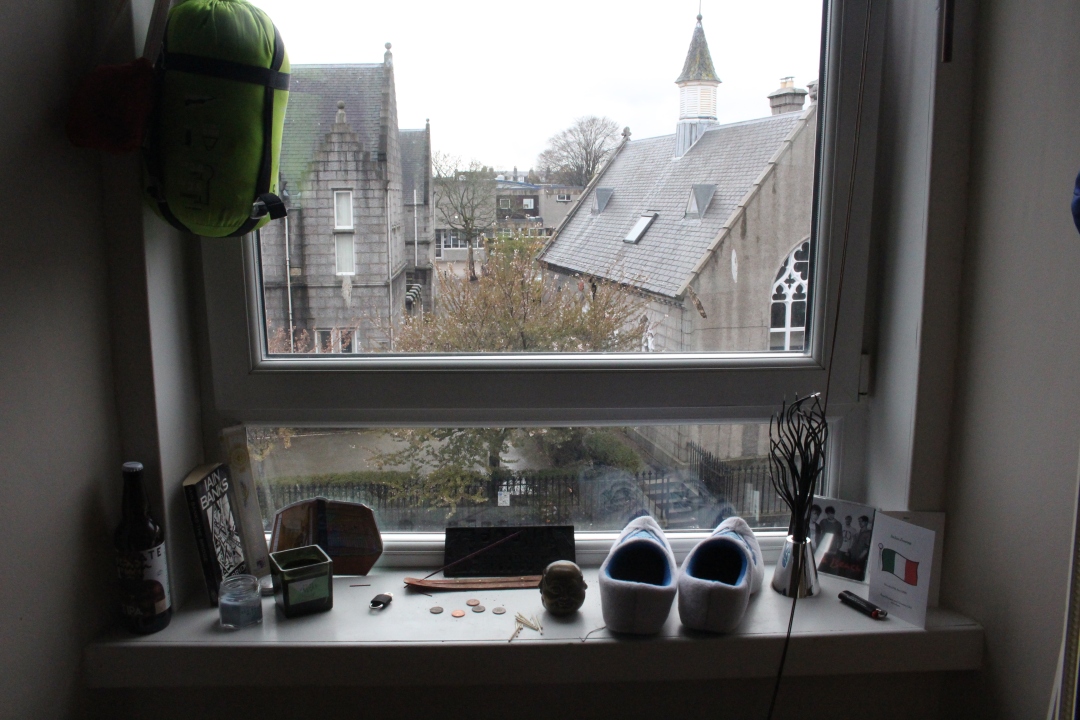 Finally, one last thing that threw me off completely is British people’s attitude to make-up. In most European countries I visited, make-up is not something you use too much. In Italy especially, we constantly focus on what could be defined as ‘natural beauty’, meaning that girls are expected to be naturally attractive without the need of external products to enhance those features. Although some might argue that this puts more pressure on us, it is also true that it pushes us to accept our own bodies and, if needed, work on them internally.

Moving to the UK with a small bag containing one mascara, one eyeliner and a lipstick, I therefore found myself completely unprepared for the massive cult around make-up that goes on in the UK. Faces weren’t just faces anymore, but canvas to draw on, each day in a different way. So much so that I used to feel strange for not doing the same, mesmerised by the new culture which seemed to be so different from what I had been taught previously. I remember I also felt incredibly depressed by the fact that British women all seemed to be more tanned than me – the Italian one – until I found out about the existence of fake tan and its prominent role in British beauty routines. Who knew you could pull that off without the hassle of going to the beach?

There you have them – my top 5 intricacies of the big island. If anyone from the UK is reading this, I hope you didn’t take offence in any of it! This was written mainly for fun and is in no way restrictive or assuming that everyone in the UK behaves in the same way. These are just a few things that popped to mind when I first moved here, and I am sure a lot of people can relate. If you’d like to read the counter-argument – my culture shocks when moving back to Italy – hop over here and enjoy the ride.

I hope you’re all having a lovely Sunday!

Hello! My name’s Elena - aka The Unstable Element. I like travelling, people and talking nonstop about both. I also have a knack for good music and the arts. All together, these things make up this blog, where I like to share tips and experiences on things I’ve done and seen. Hope to see you here again and that you enjoy the visit! :) View all posts by Elena Biasi