SO I WENT TO POLAND

Ever since I was a kid, visiting Poland has been one of my goals. If you look at my 2017 resolutions list, you’ll find this cool little country sitting in one of the first spots and waiting to be visited. This semester of University I am doing Placement, which is an internship kind of thing meaning we don’t actually have any exams or studying to do until pretty much next semester. This leaves me with quite some time to plan trips and leave Aberdeen (which I do very gladly), giving me more space to explore when I get some time off.

Going to Poland was my first proper trip on my own. I have travelled to places on my own in the past, and travelled with strangers too, heck I even moved to a whole other country on my own with no one on my contacts list, but this was different: I was never actually completely on my own on a trip and having to rely on myself to get everything done, with no one else beside me, at all. Getting to airports, catching trains and all that, in a country where people don’t speak English very much, was a definite challenge that I was eager to take on.

Having a flight which was gonna land in Gdansk at 1:00 a.m., I was worried about finding a place for my first night. I would have to get to the airport, go through security, somehow make my way to the city and pray for a hostel which would allow late check-ins. As my flatmate and I have recently been hosting a few people over from couchsurfing, I thought why not give it a try and see if any kind soul would host me even at that time? It would have been awesome to have someone next to me for my first couple of days, to show me the city and ease my culture shock. I managed to find a Polish guy to host me and he promised to pick me up from the airport, which I thought was really kind and honestly a life saver, as I had to clue how to move around in a foreign country where English is not a big option. As I queued to get on the plane, I thought about running back home a couple times and forget about it, but I eventually drew up the courage and boarded my flight. Although it was mostly filled by Polish people, I managed to get a seat next to who I think was the only British people in the whole plane: two middle aged ladies going on a short holiday together. They asked me what I was doing on a flight to Poland at 10pm on my own and where I was going to be staying, to which I replied with “I don’t know” and “Couchsurfing if my guy shows up”. Needless to say they were horrified and told me I was “really brave”, which I found very nice but quite stressful to be honest. I do not need more anxiety from you ladies.

When I landed, after a few moments of panic I finally spotted my guy – Tomek – who picked me up as promised and led me towards the bus stop (that we just missed – we had to wait for another hour for the next one). Tomek lives in Gdynia, a city just outside of Gdansk which is easily reachable by train. We finally managed to make our way back to his flat at about 4am, tired and dying to have a good night’s sleep. I was really happy to have made it and that everything was okay so far, Tomek was very kind and his flatmates (he lives in a student dorm) were nice as well, although not speaking much English unfortunately. 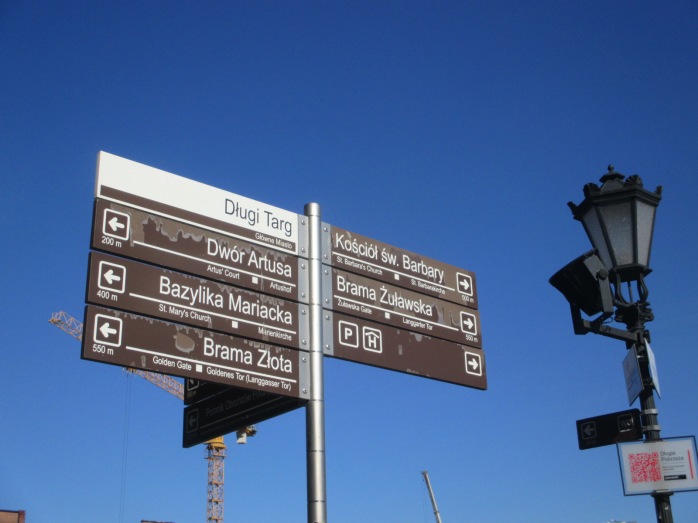 The next day I got welcomed into Poland with a bang. Pretty much the same as my first night in the Netherlands – is this going to become a tradition?? Tomek took me to Gdansk and showed me the place, explaining some interesting bits of history of the city as well as the purpose of the buildings in the old town. Turns out the bridge just outside his flat, on the way to the station, is the exact place where revolutionary movements which eventually got Poland out of Communism took place, kicking off its effective fall. Walking past the bridge, a whole memorial is dedicated to it, although all text is in Polish which made it pretty hard for me to understand. Still, it was cool to see such a vibrant piece of history just outside the door, as a reminder of something still so relevant to this day.

To lighten up the mood, we also went to Oliwa Park, further away from the city centre but a stunning little place to relax and enjoy the sunny day. 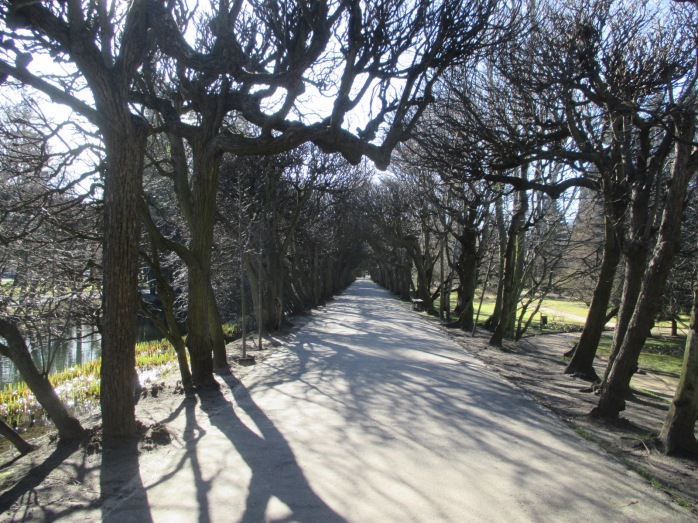 All was nice and well until he decided to show me a “cool place”, namely a shot place near the city centre. We walked in and the place was really tiny, with a group of friends happily taking shots together in the light of 4pm. We decided to try one and, not knowing any of the shots, I decided to go with one that sounded cool: the bomber. Turns out it was the effing strongest thing in the house, as everyone went ‘oooh’ right after I ordered it and patiently waited for my reaction after drinking it.

That shit was strong.

After that, we decided to head to a historical boat by the Gdansk canal, which has live music every day from 5 till 9 pm. We had a few beers and were having a good time, until the night took a dark spin. When in Poland, do not associate with Russian men. Most of all, do not associate with Russian men who do not speak a word of English and keep buying you and your friend shots of pure vodka. Although the night was great and we had loads of fun, I would advise solo travellers – especially young, inexperienced ones like me – to be responsible when meeting people abroad, especially ones you don’t know well! 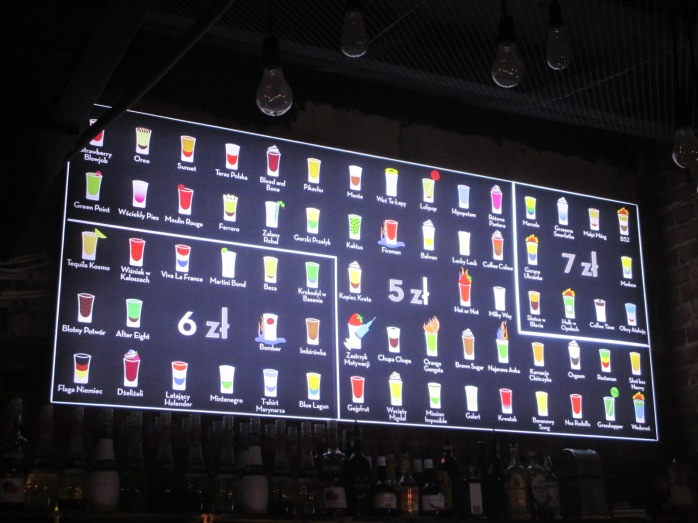 After staying in Gdansk for a couple days, I took the overnight train to my next destination: Krakow. Although I had been wanting to visit Warsaw for years, friends who had been there advised me to choose Krakow instead, as this one was much more beautiful and interesting to see. So there I was, on a bus in the wildness of Poland heading towards yet another unknown destination. No place to stay, no hostel booked and no plans on what I’d be doing, I packed my backpack and said my goodbyes to Tomek, with a promise to host him anytime he decided to visit Scotland.

So… Krakow was absolutely stunning. Under external advice, I planned my trip so that I would spend more days there than I did in Gdansk, as apparently there was more to visit and to see, and did not regret that in the least. A more in-depth post on Krakow will come soon, but let me just say this city is magical. It holds the biggest town square in the whole Europe, boasting a neoclassical building which was ordered to be built by Nazi Germany during the Second World War. It has shops, pubs, restaurants, tiny little bars and an air of vivacity which never leaves it, no matter the time of day (or night). Although the old town is not that big, the rest of the city is still very interesting to see – especially the Jewish district, my favourite place – which made it impossible to visit it fully even after 4 full days of walking and walking and walking some more on those cobbled streets. I even went as far as Zakopane, which is a winter wonderland 2 hours outside of Krakow and incredibly enticing. Apparently it’s sort of like the St Moritz of Switzerland, which comes to life in the colder months to host happy travellers into winter sports. It also boasts a beautiful national park, overlooked by the Tatry mountains of Poland. Again, a more in-depth post about this is going to come soon, so keep an eye out for that! 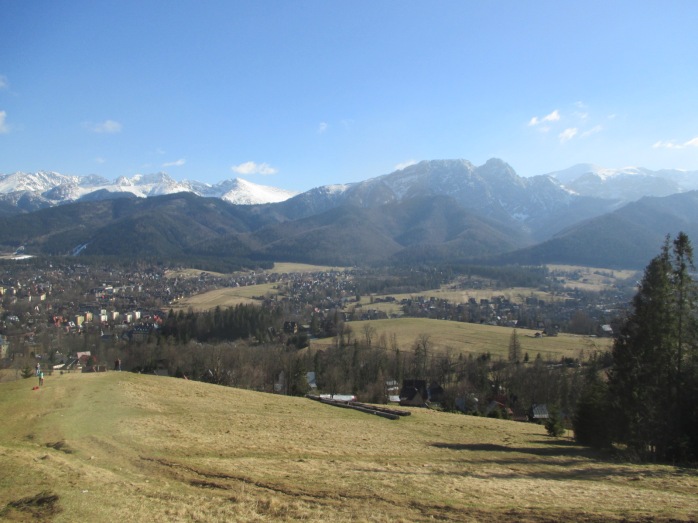 All in all, it’s been an amazing trip, perhaps even my best one yet. My first solo travelling experience was definitely a success and I am absolutely buzzing to do it again. Who knew being on your own could be so much fun!? The freedom of choosing what to do, where to go, what to eat, is incomparable. The option of just leaving a club if you’re not feeling like it, or going on a spontaneous trip outside of the city without asking anyone if they’re okay with it, is so liberating. Being in the hostel and speaking to people while at the same time being able to do your own thing was the best feeling in the world.

I guess Poland is kind of like Italy – one of those places that might have their own problems, which drive people to leave it, but from a foreigner’s point of view they are just insanely beautiful and captivating. I enjoyed my trip way more than I thought I would, met so many people on the way and generally had one of the best adventures yet. Will definitely be going back!

Now aside from this general post about my trip, watch out for a waterfall of posts about it! Just thought I’d let you know what I got up to first.

Have a great day!
Elena

6 Comments on “SO I WENT TO POLAND”